The New Modern Apprenticeship (NMA) will provide a viable, alternative form of training and development for young persons between 14-25 years old, while meeting the needs of the labour market. The main strategic objectives of the NMA are, firstly, to provide a learning pathway for young persons who withdraw from the formal education system early, so they acquire and/or upgrade their skills, and become more employable and more able to progress in their career and, secondly, to increase the supply of labour with persons qualified to meet the needs of the economy, to ensure mobility between education, apprenticeship and employment, and to minimize the risk of social exclusion.

The feasibility study should include at least the following:

1.    Analysis of the current situation of the apprenticeship system (AS), in order to identify the quantitative and qualitative parameters of the existing infrastructure, legislative framework and means of implementation of the AS.
2.    Estimates and projections for the demand needs for AS: number of potential candidates, number of enterprises that are expected to recruit trainees from the AS, etc. The estimates and the projection should be long-term (2011-2020) per occupation, as well as midterm (2011-2014), per occupation and county.
3.    Different scenarios of the organisation and operation of the AS system, taking into consideration the estimates and projections that have been described above, the current legislative framework, the social and other stakeholders, as well as the best practices identified from other countries.
4.    Analysis of the different scenarios, including the technical and economic analysis, cost-benefit analysis, comparative analysis and submission of a proposal for the most effective choice.
5.    Description and documentation of the proposed solution as the optimal choice.

The design of the New Apprenticeship System will include the mission, vision, the strategic objectives and fundamental principles, as these will be described in the optimal scenario (see above). It will include:

1.    Structure and composition of the new apprenticeship system;
2.    Organisation and modus operandi;
3.    Recruitment of trainers;
4.    Infrastructure and equipment;
5.    Relation of the new AS to the current National Qualifications system and the Certificate of Studies of the AS to that of the formal education system. 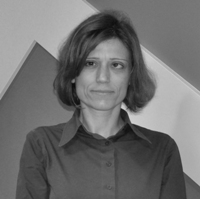