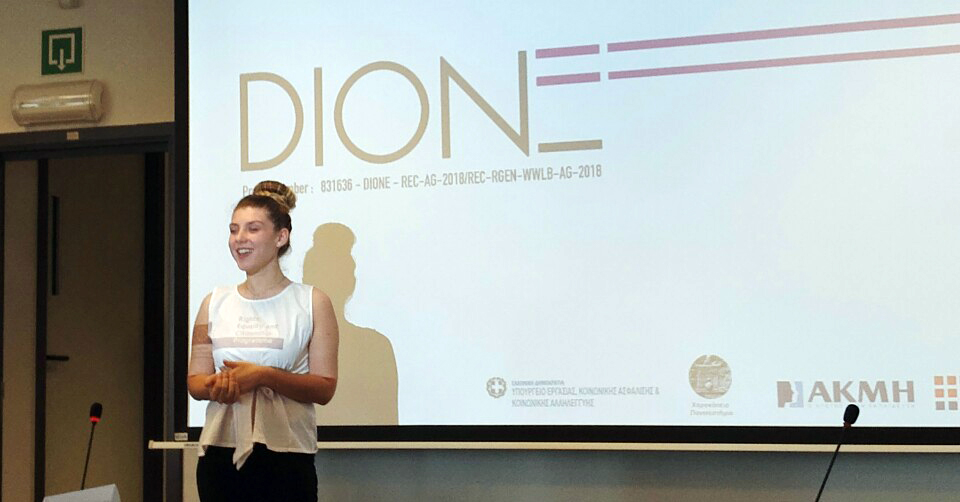 EEO Group has participated in an information and networking meeting for REC projects on women’s empowerment, held by European Commission’s Directorate-General Justice, on 26-27 June in Brussels.

During the session « Unlocking women’s potential – Good practice examples », our members had the opportunity to present our project “Dione”, and participate in vivid workshops that enhanced the collaboration and the exchange of best practices among participants. During the workshops, the participants were separated in groups of 5, exchanged ideas about their  projects, talked about various lessons learned and were advised by European Commission’s members concerning the next steps of the projects.

The project “Dione” that we lead, address the current and emerging challenges with regards to the phenomenon of dismissing women during and after pregnancy, as well as unfavourable treatment due to parenthood leave, by establishing a virtual onestop-shop, supporting all not only women who have been victims of discriminatory approach, but also competent public authorities & other labour market actors.