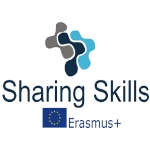 Whether the motives are monetary, ecological or even altruistic, sharing has certainly created a bit of hype recently. The European Commission has already conducted a case study on Sharing Economy with policy recommendations and a solid conclusion that the sharing economy shows a vastly different approach to commerce than conventional industries do and that there is a lack of tailored policy frameworks for regulating new sharing economy industries.